Some look at complex machinery with dread; others, with desire. Most mechanics can’t say they’ve repaired the engines of an F-35C Lightning II, but as a Navy Aviation Machinist’s Mate, you could be one of them. From the day you arrive at your first squadron, you’ll be up close and personal with the engines of the Navy’s biggest, most powerful fighter jets and other aircraft. Get your hands dirty testing and maintaining engines, fuel systems, propellers and more. In the civilian world it takes years to get this kind of experience. In the Navy, we think you’re ready now. 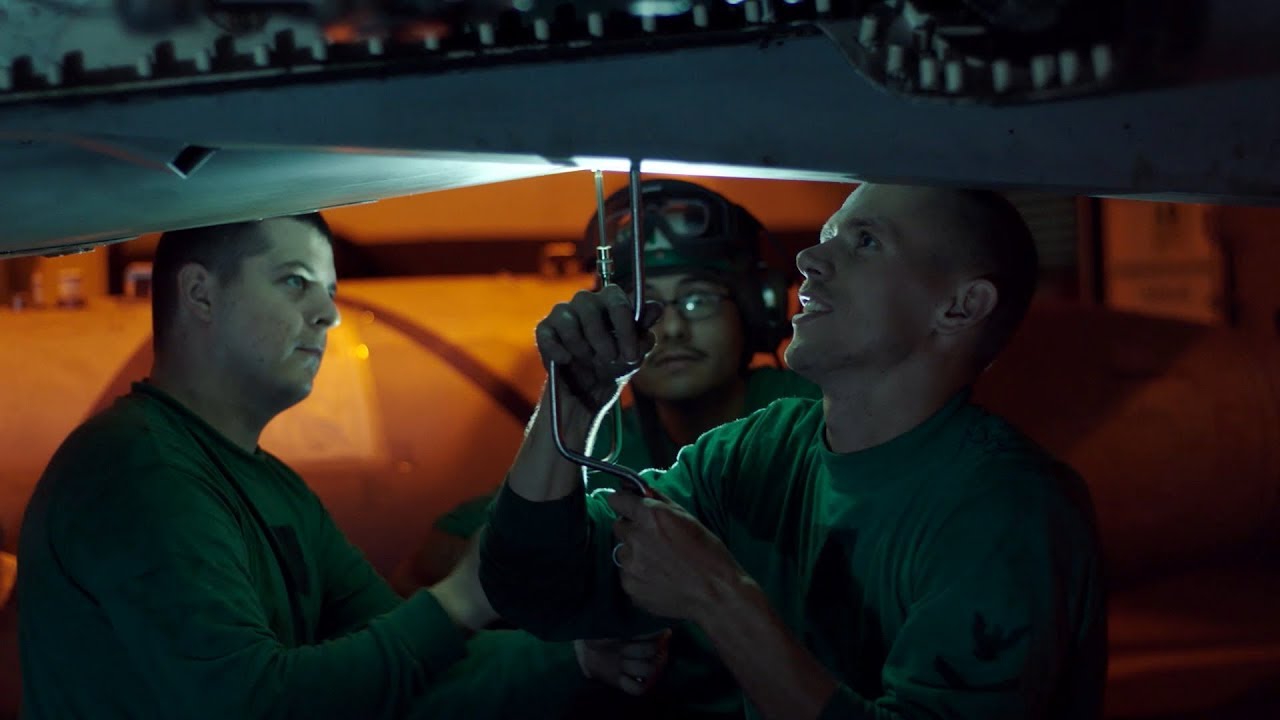 Aviation Machinist’s Mates (AD) are aircraft engine mechanics. As an AD, you have the important job of maintaining and preparing aircraft for flight by inspecting, repairing and overhauling aircraft engines and propellers. Specifically, your role as an AD may include:

Aviation Machinist’s Mates may be assigned to sea or shore duty anywhere in the world, so can expect a wide range of different working environments. Such environments could include land-based hangars, hangar decks, flight decks aboard aircraft carriers, or flight lines at air stations.

AD Core "A" School (4 weeks) in Pensacola, FL, for training on basic aviation theory and skills

Advanced Technical “C" School (en route to your first duty station) for specialized training in the aircraft of your duty station, such as the F/A-18 or EA-6B Growler.

Following completion of training, your first duty assignment could take you to a naval air station, aviation squadron, aviation shore facility, aircraft carrier or other Navy ship carrying aircraft. Assignments may be located in the United States or overseas.

Advanced training as an Aviation Machinist’s Mate may also be available during later stages of your career. For those with further leadership aspirations and a college degree, Officer roles may be available, providing opportunities to lead and train others.

Beyond offering access to professional credentials and certifications, Navy technical and operational training as an Aviation Machinist’s Mate can translate to credit hours toward a bachelor’s or associate degree through the American Council on Education.

A high-school diploma or equivalent is required to become an Enlisted Sailor and an Aviation Machinist’s Mate. You must also be a U.S. citizen eligible for security clearance.

AD applicants should possess strong communication skills, especially in regards to writing and speaking. You should also be able to perform detailed work, keep accurate records, and work well with a team.

Physically, AD applicants should have good use of their hands and no speech impediments. You must also have normal hearing and color perception.

There are part-time opportunities available as an Aviation Machinist's Mate.

Serving part-time as a Navy Reserve Sailor, your duties will be carried out during your scheduled drilling and training periods. During monthly drilling, Aviation Machinist’s Mates in the Navy Reserve typically work at a location close to their homes.

Aviation Machinist’s Mates in the Navy Reserve serve in an Enlisted role. Before receiving the ongoing professional training that comes with the job, initial training requirements must be met.