Fission. Enriched uranium. The most powerful energy sources in the world need the most powerful minds behind them. As a Nuclear Reactors Engineer, you’ll be the technical authority responsible for the oversight of research, design, maintenance, operations and regulation of Navy nuclear reactors and power plants that drive the most advanced fleet of submarines and aircraft carriers on earth. Here, you can fuel a passion for problem-solving by defining and redefining the cutting edge of nuclear propulsion, while helping ensure that all personnel associated with Navy reactors are prepared to work with the technology – safely and efficiently. As a Naval Reactors Engineer, you can set the standard in nuclear reactor research and regulation. 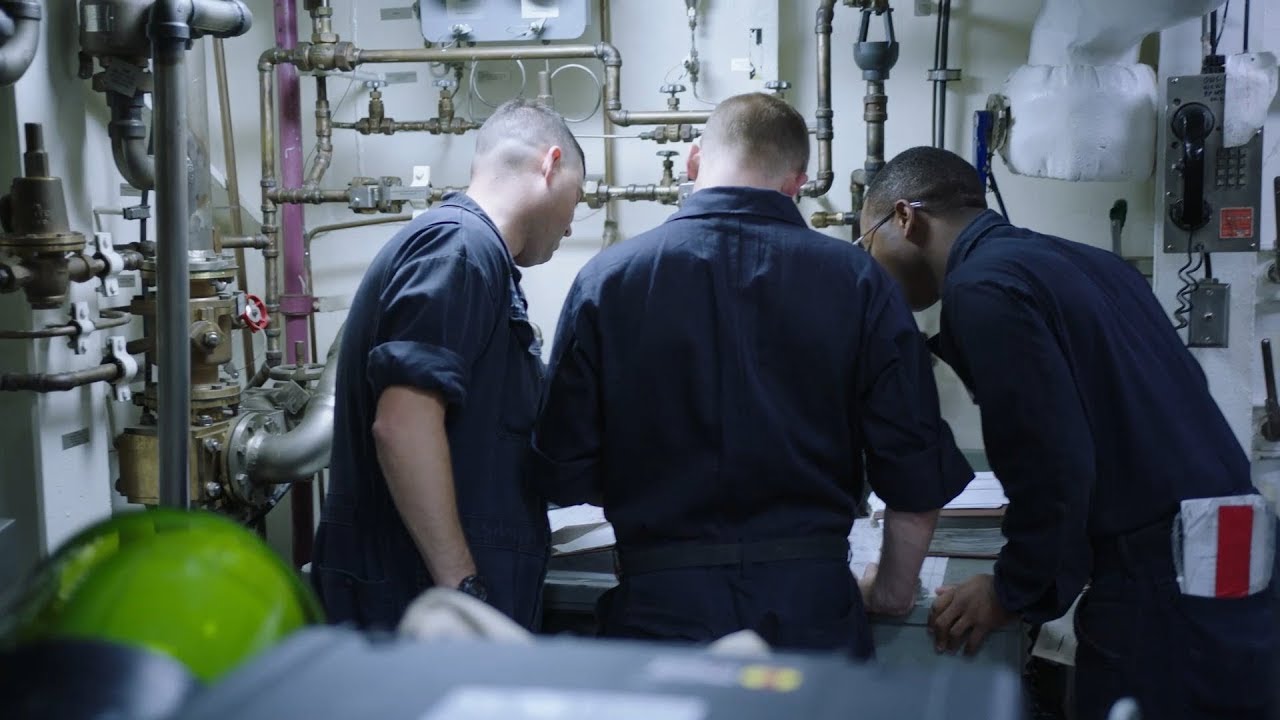 Naval Reactors Engineers have oversight of the Navy's entire fleet of nuclear-powered ships as well as shore-based prototypes and nuclear propulsion support facilities for America’s Navy. The wide array of technical areas involved in the Naval Nuclear Propulsion program include:

As a Navy Reactors Engineer stationed at Naval Reactors Headquarters in Washington, D.C., you will provide technical oversight while managing projects ranging from reactor design to fleet operations to de-fueling and decommissioning warships.

Preliminary training and eventual staff assignments center around Naval Reactors headquarters at the Navy Yard in Washington, D.C. At headquarters, you will be a part of a stream-lined, elite staff of roughly 500 people who oversee the entire Naval Nuclear Propulsion Program from cradle-to-grave.

Even junior level Naval Reactors Engineers assume responsibility for key technical work in a variety of state-of-the-art facilities, including:

Upon graduation from college, the formal training process of becoming an officer in the Naval Nuclear Propulsion program is officially underway. For those pursuing a Naval Reactors Engineer position, the first step is Officer Development School (ODS) in Newport, RI – a 5-week course of instruction in Newport, RI, that provides a comprehensive and intense introduction to the responsibilities of being a Naval Officer.

Upon completion of ODS, newly commissioned Ensigns move on to receive initial training at Naval Reactors Headquarters in Washington, D.C. (9 weeks of instruction) and Nuclear Power Training Unit (2 weeks of instruction) that form the basis for more advanced academic work. Officers then attend Bettis Reactor Engineering School (BRES), a 6-month postgraduate-level education in nuclear engineering at Naval Nuclear Labs just outside Pittsburgh, PA. This is followed by approximately three weeks spent gaining a working background at one of the Navy’s shipyards in either Newport News, VA, or Bremerton, WA.

Following the training pipeline, Naval Reactors Engineers are then assigned a Nuclear Engineer position with the group responsible for managing all technical aspects of the Naval Nuclear Propulsion program—reviewing, approving and confirming the design, operation and maintenance of nearly 100 nuclear reactors. Continuing education is required for the next six months as Engineers start in a junior role under a supervisor and rapidly advance to take on increasing responsibilities and complete their 5-year commitment.

As a Naval Reactors Engineer, you will have incredible post-service prospects. The highly-selective nature of the program combined with world-class advanced training and qualifications means your skills and knowledge are in high demand. Adding "Navy Nuke" to your list of accomplishments will make you a top candidate for a variety of future careers including civilian engineering and management jobs after you complete your service.

If accepted into the NUPOC program as an aspiring Naval Reactors Engineer, you can:

Interested candidates should connect with a recruiter and ask about joining an engineer-specific Q&A information session. This will help you learn more about what the job entails and get answers for any of your questions.

As a Naval Reactors Engineer, once you’re out of school you’ll have a position waiting as a respected professional and Officer affiliated with the most accomplished nuclear program on earth. Beyond undergraduate and formal Navy training and education, you can pursue additional graduate education by:

Because of the demanding nature of Naval Nuclear Propulsion Program and the magnitude of the responsibilities members will take on from a young age, requirements to become a candidate and join NUPOC are stringent.

The NUPOC program is open to both men and women. The following program qualification criteria apply.

Candidates must be graduates or students of an accredited college or university in the United States or in a United States territory pursuing a BA, BS or MS (preferably major in mathematics, engineering, physics, chemistry or other technical areas). Those still in school may apply as early as 18 months from completion of an undergraduate degree for Naval Reactors Engineers. Applicants may also join the NUPOC program as early as 12 months from completion of a master's degree. Additional academic requirements include: