If it launches beneath the waves, there’s probably a Torpedoman’s Mate behind it. These Sailors put the fire in firepower, maintaining, preparing and launching a variety of ordnance on submarines. As a weapons system specialist, you’re in charge of everything from torpedoes and missiles to the small arms and ammunition on board the boat. Whether you’re performing maintenance on launching and firing systems, preparing weapons for launch or conducting fire routines, it takes a skilled, steady hand to keep the sub safe. 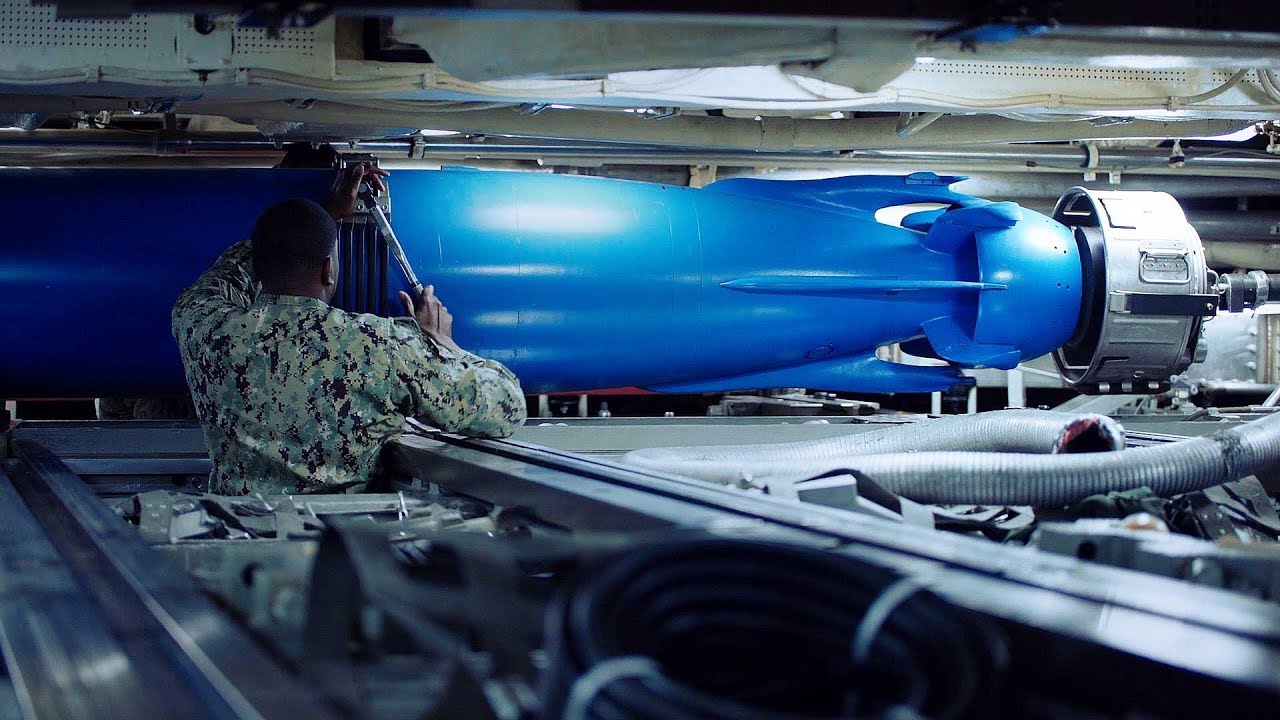 Torpedoman’s Mates serve aboard submarines and will travel underway with them while on sea duty during their careers. Though this is your primary job, you will not be at sea during your entire Navy career—you will also rotate to shore duty, where you’ll be at a land-based command. A Torpedoman's Mate will work in the auxiliary spaces of submarines on a variety of different equipment and weapons systems, which may require some heavy physical work.

Upon completion of initial training at Recruit Training Command Great Lakes (known as Boot Camp), those pursuing a Torpedoman’s Mate role will report to Basic Enlisted Submarine School in Groton, CT, for 9 weeks where they will learn the basics of submarine systems. Immediately following, Sailors will head to an advanced technical Torpedoman’s Mate “A” School.

Here, Sailors will get 10 weeks of hands-on experience with basic mechanical theory, learn about how to maintain and operate the piping systems of submarines and get all the elementary knowledge necessary for an entry-level role as a Torpedoman’s Mate.

Once you finish schooling, you’ll be assigned to any one of our submarines stationed in the U.S. or a variety of countries around the world.

Beyond offering access to professional credentials and certifications, Navy technical and operational training for a Torpedoman's Mate can translate to credit hours toward a bachelor’s or associate degree through the American Council on Education.

A high-school diploma or equivalent is required to become an Enlisted Sailor and Torpedoman's Mate in the Navy. Those interested in this role must have good manual and physical dexterity, above average math skills, good speaking skills and a penchant for teamwork.

As a TM, you will be required to volunteer to serve aboard a submarine. You may be eligible for additional submarine duty pay based on your merit and time served.

There are part-time opportunities available as a Torpedoman's Mate.

Serving part-time as a Navy Reserve Sailor, your duties will be carried out during your scheduled drilling and training periods. During monthly drilling, TMs in the Navy Reserve typically work at a location close to their homes.

For annual training, Torpedoman's Mates may serve anywhere in the world, whether on a ship at sea or at bases and installations on shore.

Torpedoman's Mates in the Navy Reserve serve in an Enlisted role. Before receiving the ongoing professional training that comes with the job, initial training requirements must be met.