Pursuing an administrative career doesn’t have to mean getting stuck in the corporate world. As a Navy Yeoman, there are plenty of opportunities to gain clerical skills in an environment that’s constantly changing. Whether you’re maintaining court records and correspondence for a shipboard legal team, compiling reports for a Commanding Officers, or filing the paperwork for fellow Sailors’ promotions, your skills are always guaranteed to be in demand. 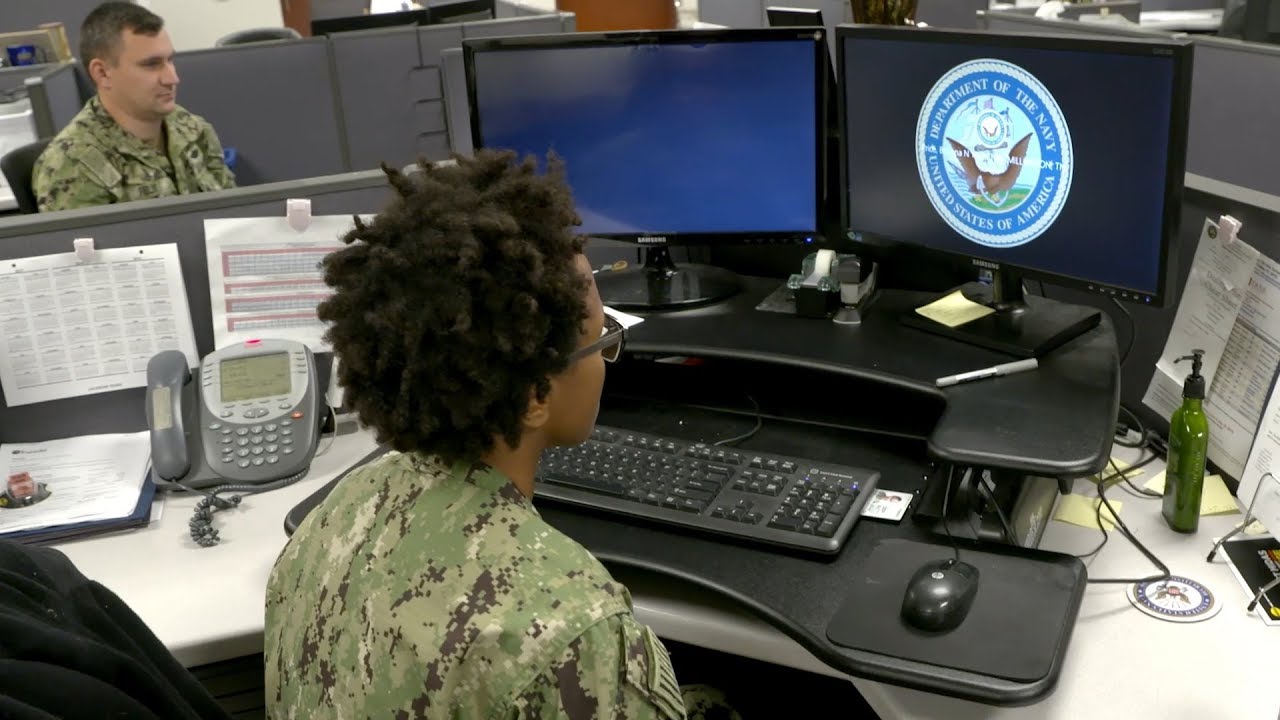 Yeomen (YN) are the Navy’s front office, handling all matters clerical and administrative for ships and personnel. There are two classifications of Yeoman depending on whether you choose to serve on submarines, both with corresponding responsibilities:

Yeomen can be found working on ships at sea or at shore-based installations around the World. Yeomen Submarines (YNS) also have the opportunity to serve on submarines. No matter where your assignment takes you, you can expect to work in an administrative office environment. Depending on your assignment, you may work alone with little supervision or with a team under close supervision.

Class “A” Technical School (7 weeks) in Meridian, MS, for training on personnel administration forms and procedures.

After “A” School, Yeoman Submarines (YNS) candidates will continue their training:

Basic Enlisted Submarine School (9 weeks) in Groton, CT, for training in basic submarine systems. Note that this training is only for Yeoman Submarines.

Advanced training for Yeoman may also be available during later stages of your career. For those with further leadership aspirations and a college degree, Officer roles may be available, providing opportunities to lead and train others.

Specialized training received and work experience gained in the course of service can lead to valuable credentialing and occupational opportunities in related fields in the civilian world, such as Executive Assistant and Legal Assistant roles, or employment in Human Resources.

Beyond offering access to professional credentials and certifications, Navy technical and operational training in the Yeoman field can translate to credit hours toward a bachelor’s or associate degree through the American Council on Education.

A high-school diploma or equivalent is required to become an Enlisted Sailor and a Yeoman. Those seeking a position as a Yeoman must be U.S. citizens eligible for security clearances.

Yeoman applicants should possess good writing and oral communication skills, record-keeping skills, and the ability to perform detailed tasks. Typing skills are also mandatory, and a typing test is required during training. Important personal attributes include resourcefulness, curiosity and being people oriented.

Yeomen who wish to serve aboard submarines as a YNS must volunteer for submarine service.

Serving part-time as a Navy Reserve Sailor, your duties will be carried out during your scheduled drilling and training periods. During monthly drilling, Yeomen in the Navy Reserve typically work at a location close to their homes.

Yeomen in the Navy Reserve serve in an Enlisted role. Before receiving the ongoing professional training that comes with the job, initial training requirements must be met.