Languages are more than just communication—they’re cultural codes that need to be analyzed and in some cases, broken. As a Cryptologic Technician Interpretive (CTI) you’re more than a linguist—you’re a cultural expert, able to translate and interpret foreign communications. The Defense Language School in Monterey, California will fully immerse you in the language for your choice—from Mandarin, to Spanish, to Arabic to Russian. After, you’ll travel the world collecting intelligence in support of the Navy. Ignorance can be a threat, but our CTIs defend by making sure we’re always in the know. 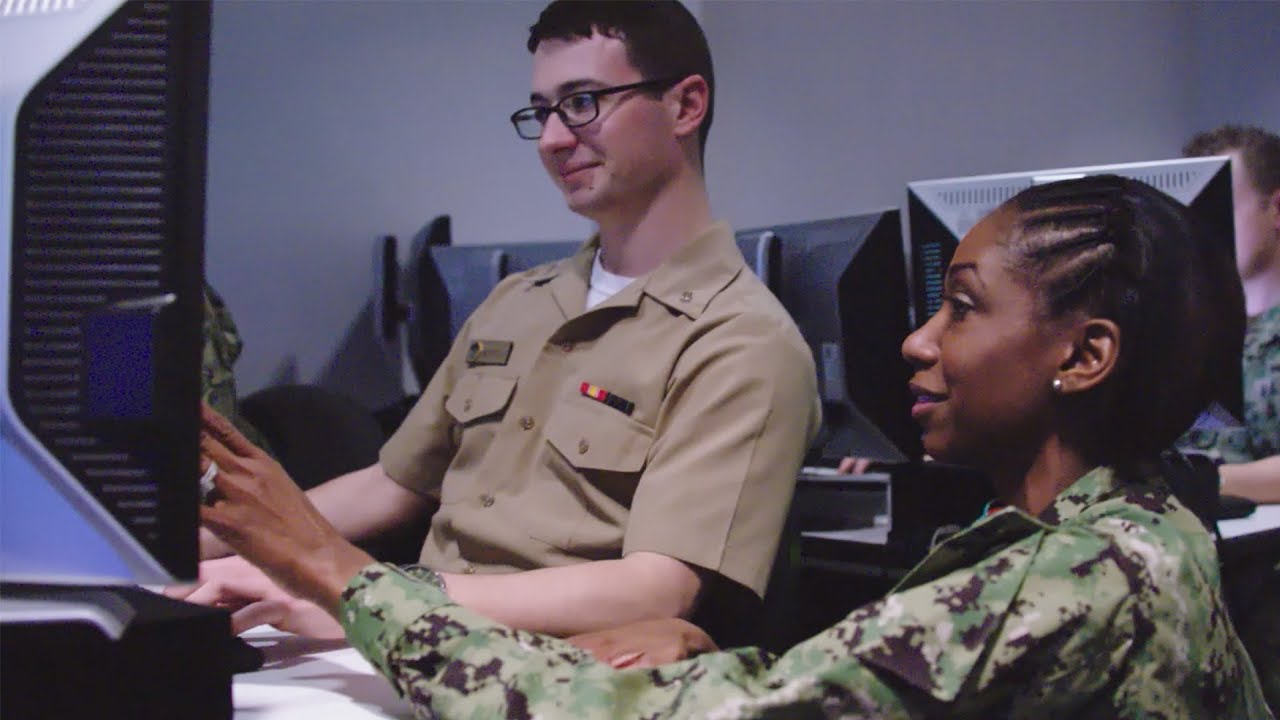 Cryptologic Technicians Interpretive (CTIs), serve as the Navy’s experts in linguistics (including Arabic, Chinese, Korean, Persian-Farsi, Russian and Spanish) and deciphering information in other languages. Their responsibilities include:

Cryptologic Technicians Interpretive can expect a clean, comfortable office-type or small technical laboratory-type environment while on shore duty and a variety of air, surface and subsurface platforms while on sea duty. Their work is of high interest to command and decision-making levels. It is mostly mental, involving foreign language materials.

To learn more about the specific training path for Cryptologic Technicians Interpretive, connect with a recruiter.

Advanced training as a Cryptologic Technician Interpretive may also be available during later stages of your career. CTIs will have the opportunity to attend annual training for language maintenance and to take intermediate and advanced foreign language training. For those with further leadership aspirations and a college degree, Officer roles may be available, providing opportunities to lead and train others.

A high school diploma or equivalent is required to become an Enlisted Sailor in the Navy. Those seeking a Cryptologic Technician Interpretive position, including all family members, must be U.S. citizens. Applicants must also meet eligibility requirements for a Top Secret/Sensitive Compartmented Information security clearance. Normal hearing is also required.

They should have exceptionally good character, the ability to learn foreign languages, above average writing and speaking skills, a good memory, curiosity, resourcefulness, an orientation toward ideas and information and the ability to keep accurate records and work with details. Adaptability to a wide range of work activities and environments and an interest in technology and willingness to acquire computerized skills are also important.

Applicants for this rating should be aware that the duties of a Cryptologic Technician Interpretive sometimes require assignment aboard surface vessels, submarines and aircraft. If otherwise physically qualified for submarine or aerial flight duty, applicants must affirm their willingness to serve aboard any such unit if assigned upon completion of language training.

There are part-time opportunities available as a Cryptologic Technician Interpretive.

Serving part-time as a Navy Reserve Sailor, your duties will be carried out during your scheduled drilling and training periods. During monthly drilling, Cryptologic Technicians Interpretive in the Navy Reserve typically work at a location close to their homes.

For annual training, Cryptologic Technicians Interpretive may serve anywhere in the world, whether on a ship at sea or at bases and installations on shore.

Cryptologic Technicians Interpretive in the Navy Reserve serve in an Enlisted role. Before receiving the ongoing professional training that comes with the job, initial training requirements must be met.