The intricate machinery aboard a nuclear-powered submarine is complex—but managing the intricacies between the people demands just as much expertise. Submarine Officers hold leadership roles in every department on a submarine. Whether you are managing the nuclear reactor plant aboard or driving the vessel through the depths of the sea, you’re always leading by example. Every decision is a reflection of your judgement, so you must have the courage to trust it. Ultimately, it is your job to manage your team and help keep your missions on track. 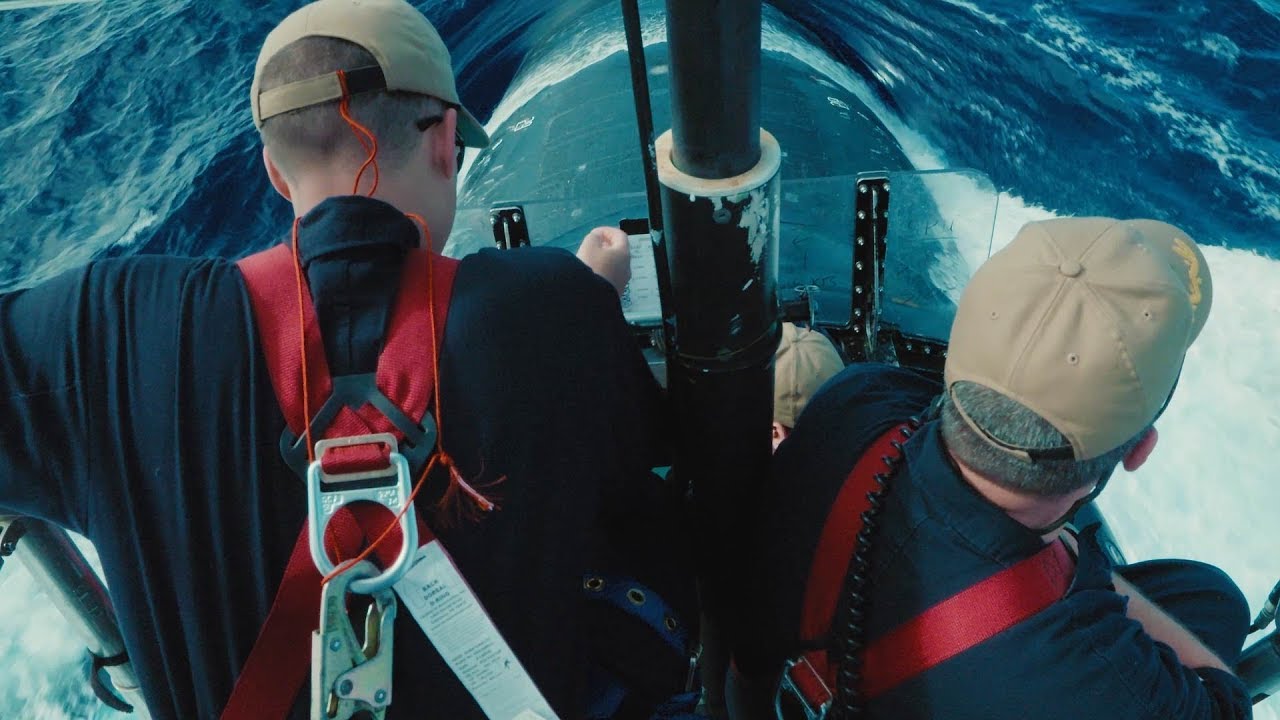 Submarine Officers are involved in all aspects of submarine operations from supervising the reactor plant to running the ship both in port and at sea. You could be in charge of any of the following:

Submarine Officers are exposed to a variety of different work environments, from academic classroom settings, to training on prototype units, to sea tours and shore assignments. Deployments on Navy submarines last a few to several months and include conducting missions vital to national security. Learn more about life on a sub.

Upon graduation from college, the formal training process of becoming an officer in the Naval Nuclear Propulsion program is officially underway. For those going the Submarine Officer route, the first step is Officer Candidate School (OCS) – a 12-week course of instruction in Newport, RI, that is tailored to train and prepare college graduates to commission as Unrestricted Line Officers in the Navy.

Upon completion of OCS, newly commissioned Ensigns move on to receive the advanced training that is at the core of Navy Nuclear Propulsion, starting with Naval Nuclear Power School (NNPS) in Charleston, SC. This 24-week graduate-level course of intensive study covers a variety of science and technology-based subjects from calculus, to thermodynamics to electrical engineering to reactor dynamics. NNPS provides the foundational knowledge necessary for a theoretical understanding of nuclear propulsion.

From there, Submarine Officers attend Nuclear Power Training Unit (NPTU), often referred to as Prototype, in either Charleston, SC, or Ballston Spa, NY. This 26-week course of instruction involves hands-on training with several operational reactor prototypes. Here, officers apply the concepts learned at Nuclear Power School – studying systems and components of a nuclear propulsion plant and working with all the associated systems of a full-scale operating plant. The training culminates with qualification as Engineering Officer of the Watch.

Next comes the Submarine Officer Basic Course (SOBC), a 12-week course of instruction located in Groton, CT. There, officers learn all about submarine operations, including safety, damage control, seamanship and sonar systems along with the responsibilities of leading an advanced submarine crew as a division officer before reporting to an assigned submarine.

The roughly 15 months of shore-based training ends with an assignment as a Division Officer on a submarine, managing a team of highly trained Enlisted Submariners. Officers work toward a rigorous submarine qualification program that culminates in being designated as “Qualified in Submarines,” earning the right to wear the coveted Gold Dolphins insignia and take on all the responsibilities that go with it. Typically, this is a 32-month tour alternating between deployments, patrols, various ports of call around the world, as well as periods of time at home port conducting maintenance, training, local operations or taking leave.

After the first sea tour comes a shore assignment lasting approximately two years. During this period, officers fill positions anywhere from Nuclear Power School to Prototype to Submarine School. They may be selected to serve on high-level staffs or strategic projects, or further their education by taking advantage of the many graduate school opportunities the Navy has to offer. The ultimate goal for many is to one day command their own submarine.

With a career as a Submarine Officer, you will have incredible post-service prospects. The highly-selective nature of the program combined with world-class advanced training and qualifications means your skills and knowledge are in high demand. Adding "Navy Nuke" to your list of accomplishments will make you a top candidate for a variety of future careers including civilian engineering and management jobs after you complete your service.

If accepted into the NUPOC program as an aspiring Submarine Officer, you can:

Interested candidates should connect with a recruiter to discuss the opportunity to participate in a Q&A Information session to learn more about what the job entails and get answers for any of your questions. These sessions are conducted weekly with no obligation to join the program in order to attend.

As a Submarine Officer, once you’re out of school you’ll have a position waiting as a respected professional and Officer affiliated with the most accomplished nuclear program on earth. Beyond undergraduate and formal Navy training and education, you can pursue additional graduate education by:

Candidates must be graduates or students of an accredited college or university in the United States or in a United States territory pursuing a BA, BS or MS (preferably major in mathematics, engineering, physics, chemistry or other technical areas). Those still in school may apply as early as 30 months from completion of an undergraduate degree for Submarine Officer positions. Applicants may also join the NUPOC program as early as 12 months from completion of a master's degree. Additional academic requirements include: