So Others May Live

On your worst day, when disaster has struck and all hope seems lost, AWRCS Esmelin Villar would dive out of an MH-60 Romeo helicopter and into dangerous waters to save your life. Even if he didn’t know your name, he would put his life on the line to make sure you made it home.

Esmelin loved growing up in the Dominican Republic. But as he got older, he and his mother dreamed of bigger opportunities. Moving to New York City gave them the life they always wanted.

At 18 years old, Esmelin was heading downtown on a subway one day when the train stopped without warning. After an hour and a half of waiting and wondering, a voice came over the intercom: “The trains are not going downtown anymore. We need everyone to disembark at the next stop. A plane has just crashed into the Twin Towers.”

When Esmelin disembarked the train and came up to the street level, he could see the actual dust settling downtown despite being miles away.

It felt like the country he’d grown to love was crumbling around him.

Watching the news that night, he couldn’t believe that his country was attacked. He knew he wanted to do something, to make a difference somehow. Esmelin answered that call by heading into a Navy recruiting station. And months later, he was a Deck Seaman in the Navy. 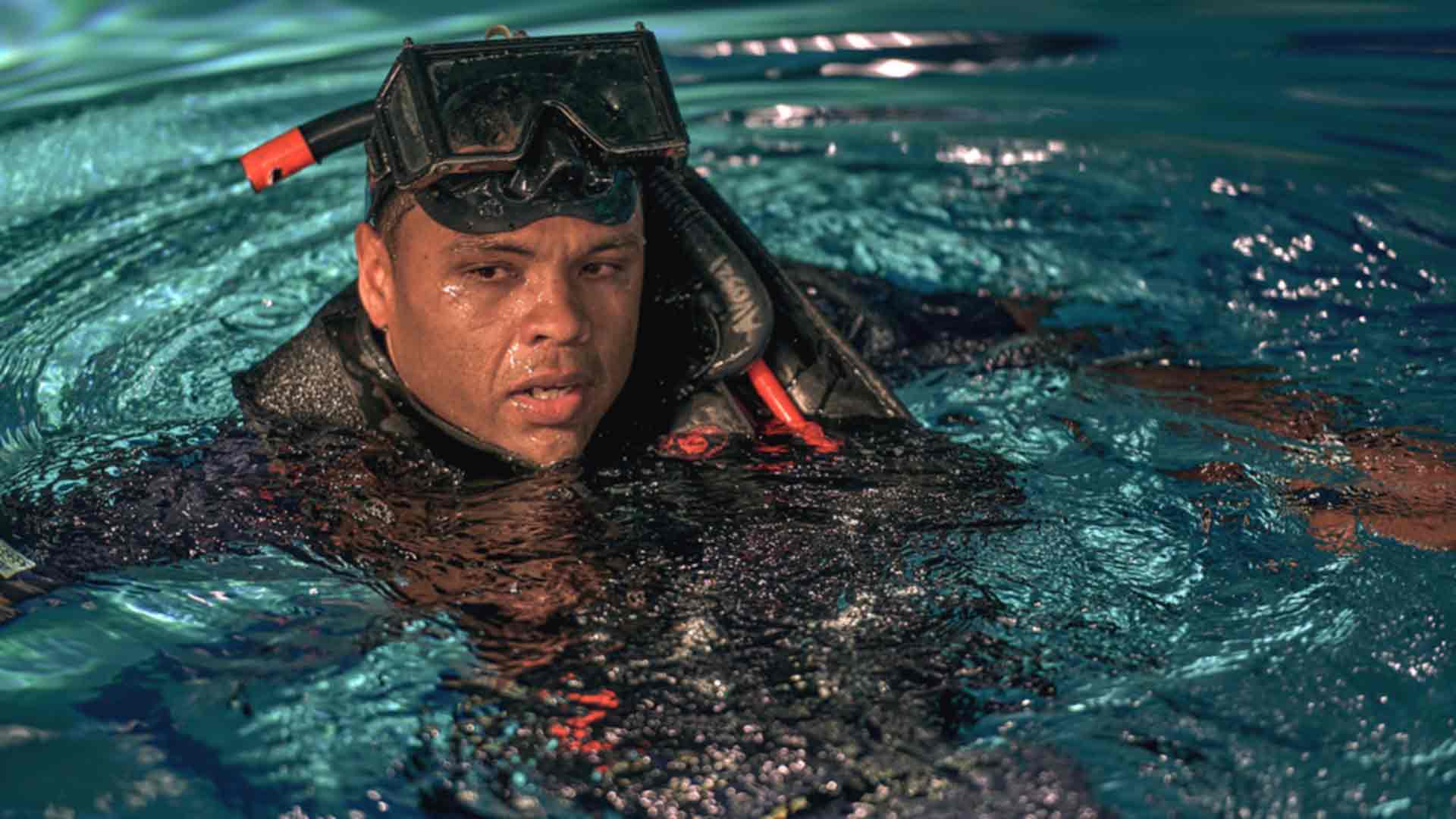 Standing on the flight deck of a ship one day, the spinning blades of a helicopter caught Esmelin’s eye. The aircraft had landed at the back of the ship to gather parts and a Sailor in an olive-green aviation uniform stepped out with a huge smile on his face. Esmelin remembered thinking how happy he looked to be there, like he could feel the pride the Sailor had in his job.

He asked around and discovered that the Sailor wasn’t a Pilot but an Aircrewman, an Enlisted member of the Navy like himself. Esmelin had always had a fascination with aircraft and loved everything about the Blue Angels. As soon as he learned that he could fly as an Enlisted Sailor, he decided that’s exactly what he wanted to do. That one day he would step out of that helicopter and look as happy as that Aircrewman.

When Esmelin transitioned into his new role, one of the first things he learned was the Search and Rescue motto: “So Others May Live”. Those words summarized the whole of his training and his new life as an Aircrewman. From the first day of training, he felt the unique bond that only occurs when someone else’s life is in your hands.

Esmelin knew his training had paid off the day he saved his first life.

Somebody had stopped breathing. As a young Sailor, he questioned whether he’d actually be able to accomplish a successful rescue. But the training he’d completed allowed him to act on instinct, like he’d practiced a thousand times before. When the person started breathing again, his feelings were nothing short of euphoric. 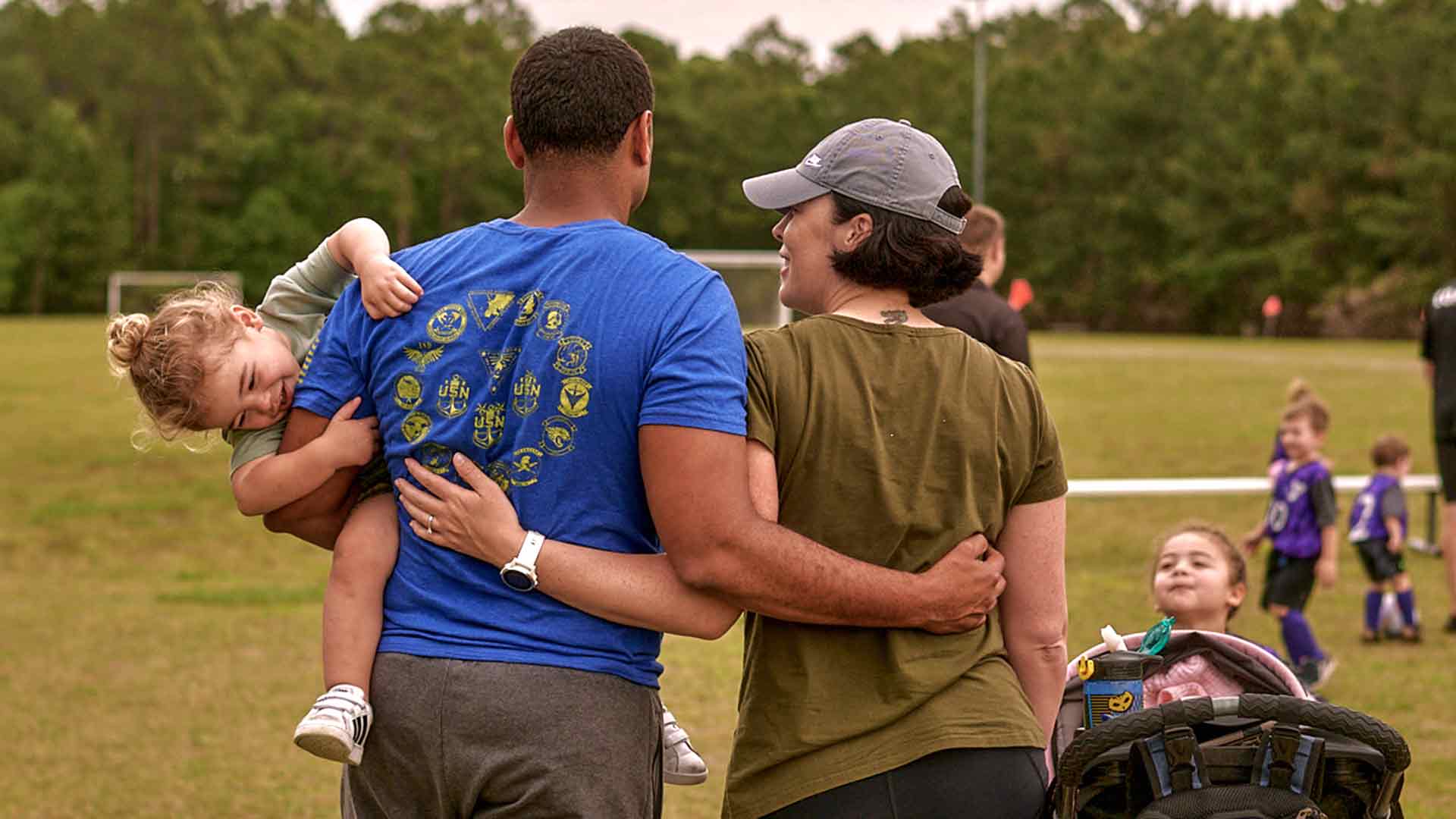 Selflessness became second nature. And Esmelin found that he loved protecting people above all else.

Lessons from his career influenced his home life too. Esmelin’s wife Sarah is also a Sailor, working in the Navy as a Personnel Specialist. When it comes to raising their family of seven kids, Esmelin and Sarah work together as a team to make sure everyone makes it to soccer practices, skate parks and family dinners on time. They raise their big family with all the trust and respect you would expect between two Sailors. Some people think it’s chaos, but they wouldn’t have it any other way.

A few of Esmelin’s kids still wear diapers while others are old enough to begin considering their own careers. But regardless of age, he strives to teach his kids to respect and care for all people.

Esmelin’s philosophy is that anyone can care for a total stranger, enough to dive headfirst into rough seas to be someone’s last chance at survival. That final hope to see their loved ones again. Even if he didn’t know who you were, he would know that you’re worth saving and take the leap. 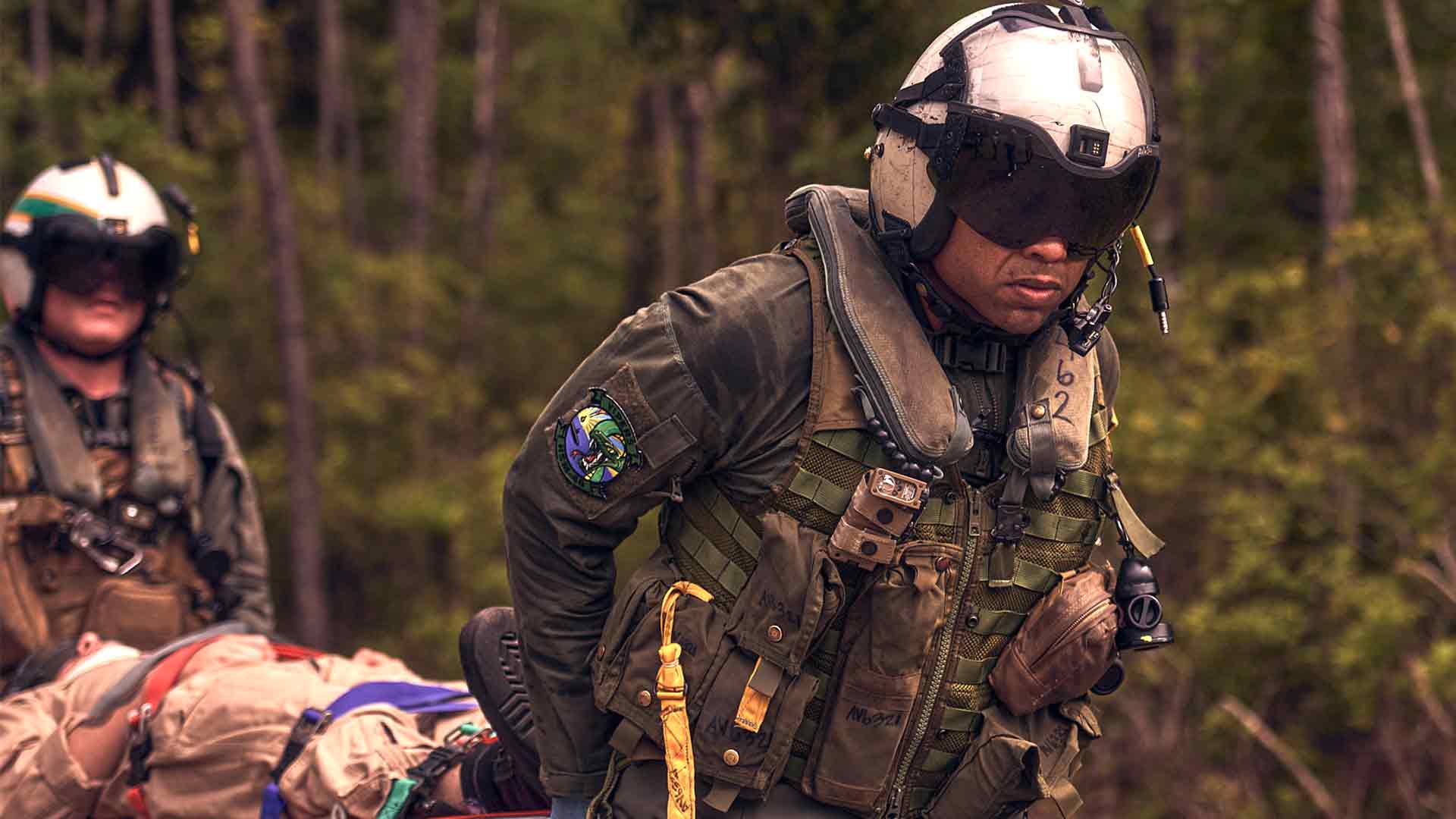 Being a Tactical Romeo Helicopter Aircrewman is just like searching for a needle in a haystack—only the needle is a deadly weapon and the haystack is 139 million square miles. As part of the helicopter aircrew, you search the open water in MH-60 Romeos for submarines that lurk beneath. These Aircrewmen are also trained rescue swimmers, leaping from helicopters into the sea to save lives. When lives are on the line, they are exceptionally adept at answering the call. As part of the most elite helicopter emergency response team in the world, you’ll be tasked with saving the lives of people caught in the waves. Living by the motto, “So others may live,” Aircrewmen put their skills to the test for others each time they leap into the sea.

Learn more about what it takes to be a Tactical Romeo Helicopter Aircrewman.

Explore the role and responsibilities of an Aviation Rescue Swimmer.