Beneath the blinding lights of Times Square, Brie Coger walked from audition to audition to audition. After, she would rush to her closing shift serving tables. The next morning, she’d go to her other job selling health insurance at a call center. Though the city around her buzzed with excitement and possibility, Brie felt as if she was always drifting back and forth between acting callbacks and odd jobs, never finding purpose. She didn’t know what would satisfy her desperate desire for adventure.

All Brie knew was that her ambitions would never fit within the confines of a cubicle.

As a theater major and synchronized swimmer at Ohio State University, creative expression came naturally to Brie. But at the heart of her pursuit of the dramatic arts was the longing to experience things most people never would. During her college career, this desire shifted her focus from acting to stunt work. Brie dreamt of Hollywood sets where she’d dodge punches in combat sequences and leap from three-story platforms onto stunt mats below. She dreamt of sprinting away from massive, fiery explosions.

She never imagined that she’d be the one setting off the explosives.

One day at her office, she received an email inviting her to serve part-time in the military—a chance to gain valuable experience while traveling the world. A few weeks later, she sat in front of a Navy Recruiter and asked, “What is the coolest possible job I can do in the Navy?”

Her recruiters listed off potential careers as an Aviation Air Rescue Swimmer, a Navy Diver and an Explosive Ordnance Disposal Technician. Just hearing the job description made her heart race. It was everything she wanted to do with stunt work with an entirely new mission and purpose. Feeling like the role was written for her, she embarked on her greatest adventure.

Over the next few years, Brie went from taking improv classes to disarming improvised explosive devices, or IEDs. She trained hard to meet the rigorous physical and educational requirements of the EOD Tech career. Tasks many people would shy away from, like scuba diving in the depths of the sea or fast roping from a helo over the deck of a moving aircraft carrier, excited Brie and made her want to do more. She was finally able to use her creativity to employ out-the-box thinking in new ways—learning to safely defuse any and every kind of explosive device.

In the EOD field, Brie found her purpose. Despite the risky nature of the job, her team cracked jokes, took the time to teach each other and always had each other’s backs. The tight-knit community of less than 3,500 Sailors gave Brie a new family.

The first time Brie leapt from an aircraft at 12,000 feet, her body barreling toward the earth below with nothing but the silk on her back to keep her alive, she finally felt the rush she’d always yearned for. It was all the better knowing it was in pursuit of making the world a better place.

Today, Brie is a commissioned Explosive Ordnance Disposal Officer, constantly pushing herself and challenging others. Beyond her Navy mission, she dreams of owning land, caring for animals and raising a family with her husband, who’s also an EOD Tech.

One day, she will settle down. But today, she’s still performing her own stunts. 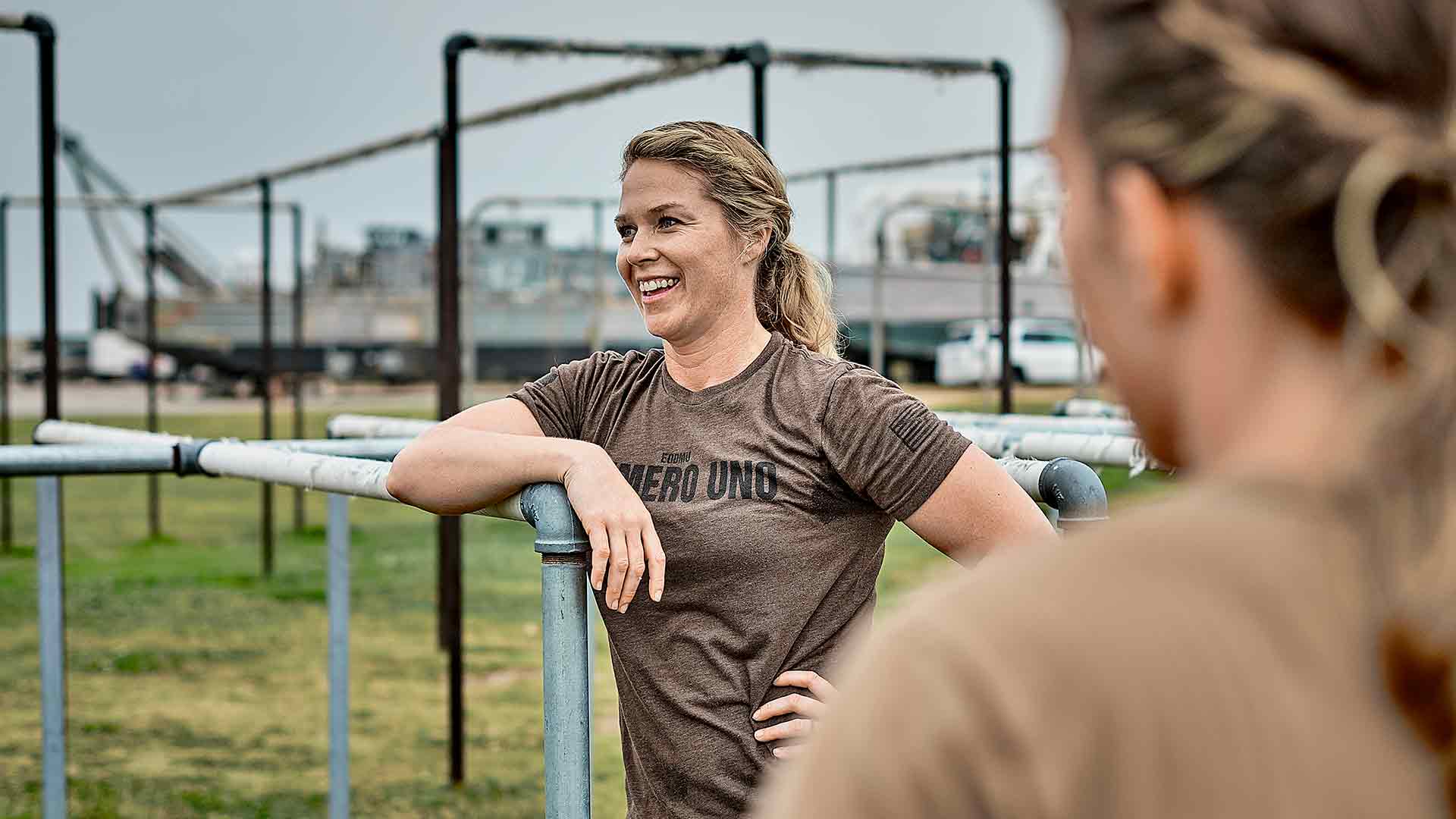 Explosive Ordnance Disposal (EOD) Technicians have expertise in the most conventional and unconventional explosives to ensure the secure disposal of explosive weaponry. They are on-call to respond to any type of ordnance and they receive specialized training to handle chemical, biological and nuclear weapons. They investigate and demolish natural and man-made underwater obstructions, prepare coastal regions for amphibious landings and warn about potential threats at home and abroad.

Whether they’re getting the job done in a bomb suit or with state-of-the-art robotic technology, Navy EODs are trained to use the most advanced tools of their kind in a role that’s vital to the safety of servicemembers and civilians. 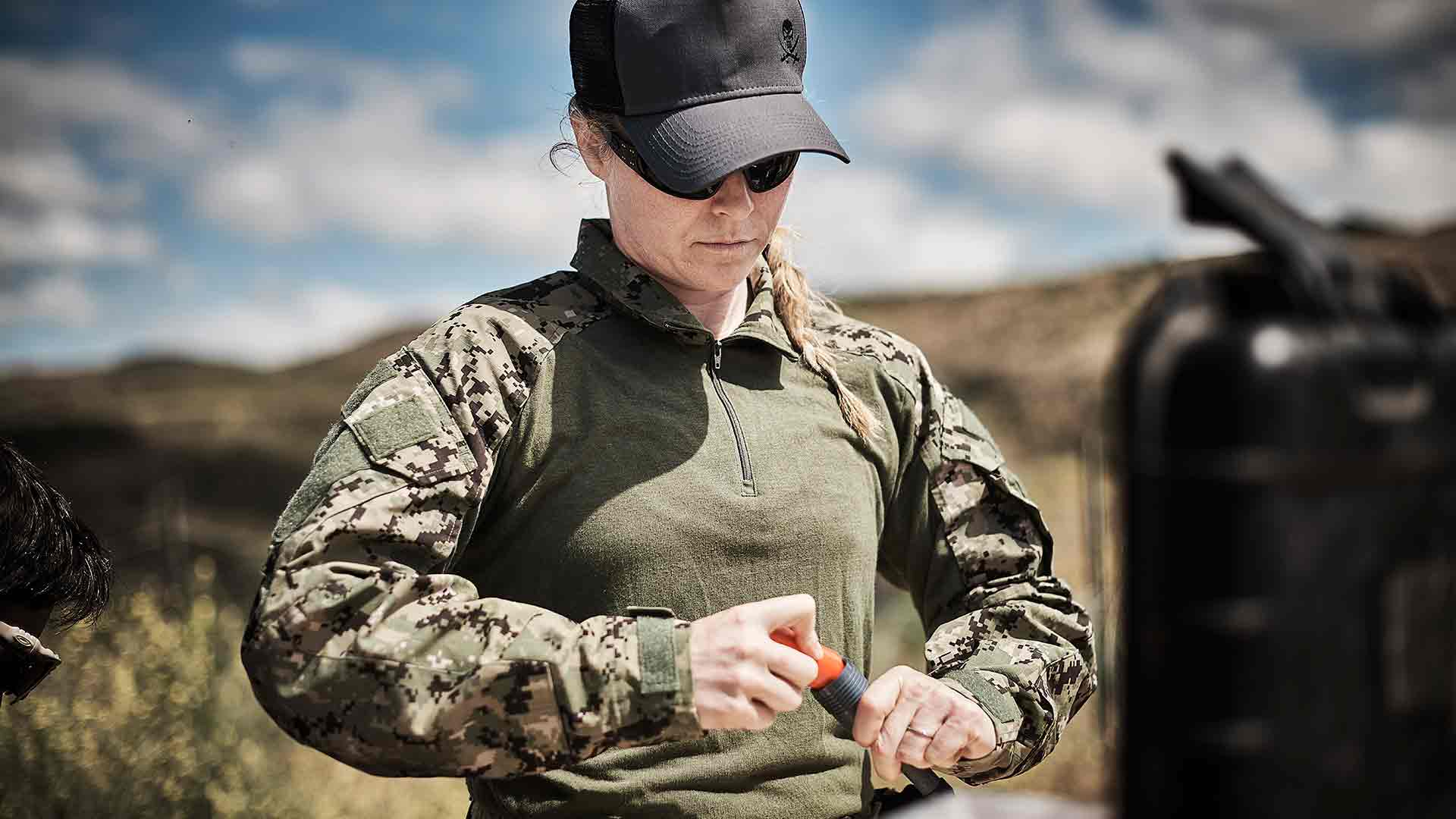