Rachel Higuera opened up the door to a room filled with the sounds of barking dogs.

She walked past each kennel gate, greeting the animals she knew, until she reached the one she knew best.

Behind the door sat a shy, quiet Belgian Malinois who welcomed Rachel with a wagging tail and a big, wet kiss.

“Oh, good boy, Chucky! Good boy!” Rachel cooed. Chucky stood obediently by her side for the command to start walking, looking to Rachel for direction on his every move.

Rachel never imagined she’d be sharing every day with her best friend in the heart of Japan.

Born in Burbank, CA, to a tight-knit, loving family, her childhood was sheltered by a family that looked to each other for support. Rachel never felt like she had many friends growing up—she was the class wallflower, shy and introverted by nature. She felt like she didn’t fit in with the girls at her school and never felt comfortable coming out of her shell.

After high school, she explored a career in cosmetology, but felt like her direction was lacking purpose. Rachel had always felt a calling to do something bigger, something that would help others. Law enforcement was the answer.

She was accepted into the Ventura County Sheriff's Office, but never felt like it was enough. She heard about the opportunities for law enforcement in the Navy from friends, so she reached out to her recruiter about a position as a Master-At-Arms.

As she was about to graduate Master-At-Arms “A” School, she was told there was one spot available on the K-9 team. With a passion for animals, Rachel knew this was the job for her. This was the moment she knew she had to shine. She tried out for the team and was selected after an arduous interview process where Rachel’s boldness was recognized for the first time in her life.

Her first assignment was at Naval Air Station Atsugi, just an hour outside of Tokyo. At first, she was overwhelmed by the dramatic cultural differences between her home in Los Angeles and Japan. She retreated into her shell, again becoming “Shy Rachel”—until she met Chucky.

When Rachel first took on the role of K-9 handler, she expected to be partnered with a high-energy, motivated dog who sought out work and desired constant love and affection. Instead, Chucky was shy, lethargic and more difficult to work with than she had imagined. She feared that pairing herself with another timid creature would result in failure for both.

Over time, Rachel began to see herself in Chucky. All her fears and anxiety, her apprehensiveness to the unknown—she realized that in order to get through to him, she first had to be confident in herself. Chucky relied on her for everything and if she didn’t have the strength to be bold, neither would he.

Navy K-9 Handlers specialize in explosive and drug detection and patrol missions. They train Military Working Dogs (MWDs) to seek out enemies while on deployment and to be the first line of defense for their units. Handlers form an unshakable bond with their dogs, one that often lives into the dog’s retirement, where many are eventually adopted by their handlers.

Since coming to Japan, Rachel and Chucky have patrolled festivals and even escorted the American presidential motorcade through Tokyo, defending our nation’s leaders with pride. They spend every day together, training, exercising and sharing a few snuggles after a hard day’s work.

Rachel’s story isn’t about a girl who beat the odds to prove the world wrong.

It’s about a girl who finally proved it to herself. 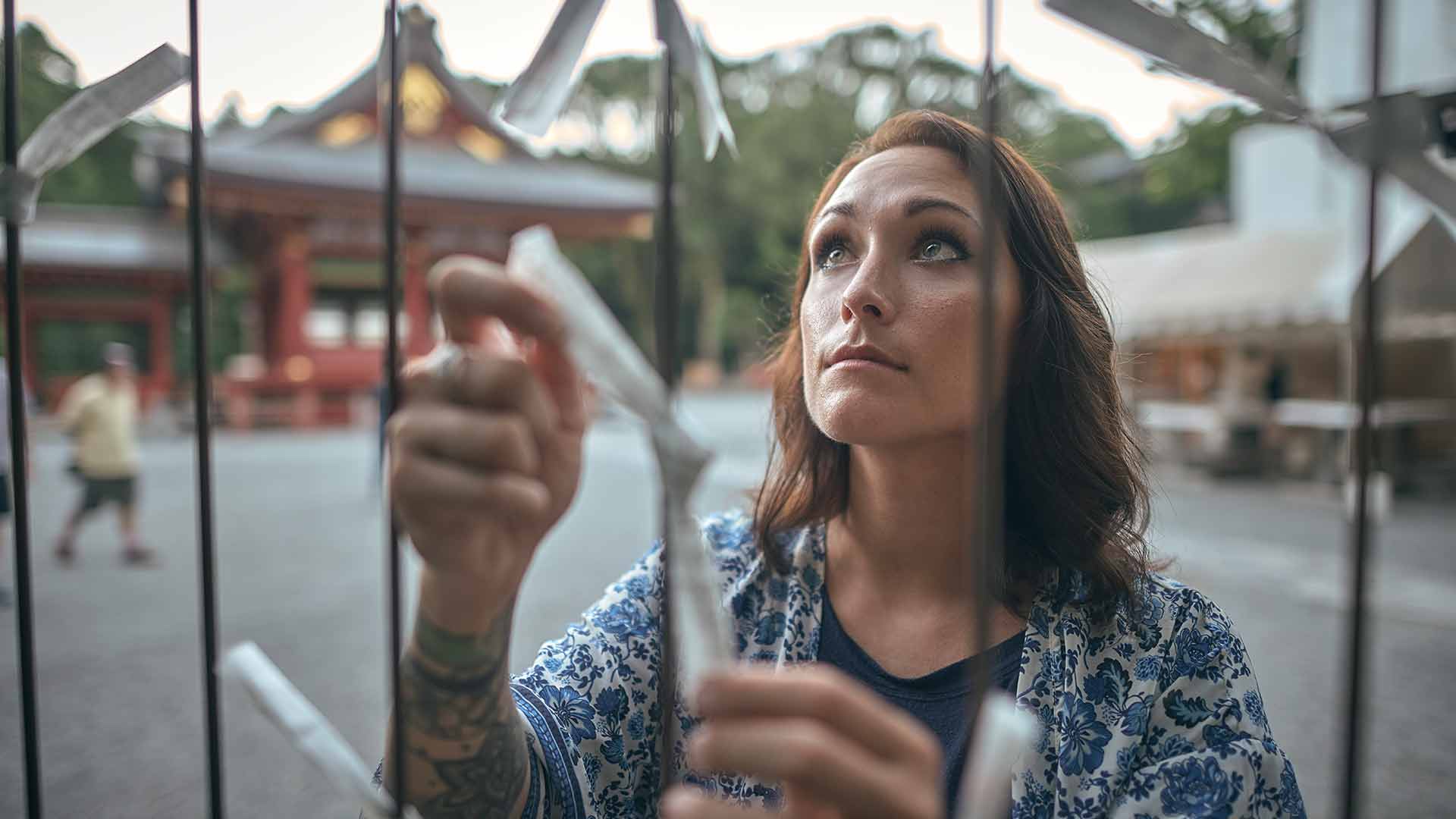 In any large community like the Navy, Law Enforcement & Security are essential. Whether executing crime prevention programs or carrying out anti-terrorism measures, the Sailors working in the law enforcement and security field of America’s Navy are trained to deal with any situation.

These security professionals provide safety aboard Navy installations and ships. They’re equipped with the latest law enforcement tools and techniques for maximum effectiveness. If there’s a situation at sea or on base, they’re the first to react and respond. As an MA, you’ll conduct counterterrorism measures, escort and protect shipboard weapons, or join the K-9 asset team and become a military working dog handler. There are plenty of ways for you to apply your skills post-service, too. Every agency from the FBI, to NCIS to your local police force is made up of well-trained prior servicemen and women. Find out more here. 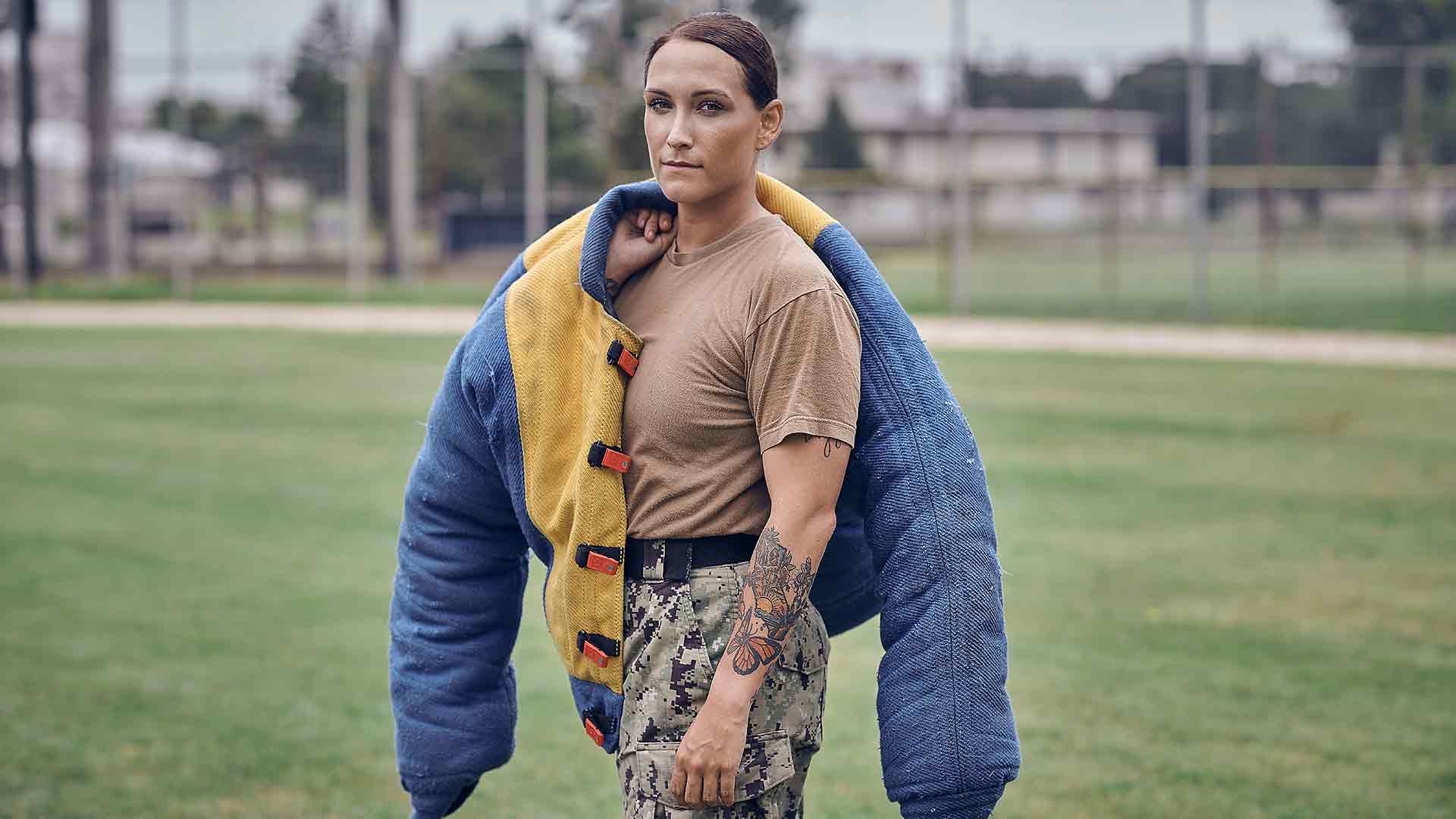